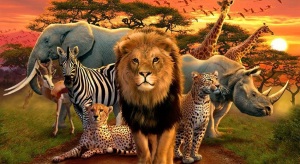 Justin Colfax Morgan Jr., affectionately known as “Bud”, was the son of a New York State Supreme Court Judge. He was brought up in Buffalo, NY with his sister Marilyn.

From the time of his years at Kenyon College, Bud had adventure on his mind which matured into a life of great accomplishments.

He was a veteran of the Korean War. After his marriage to Gretchen Graebner in 1957 he worked in Summer Stock Theater. In the mid 1960’s he got into television which took him around the globe for decades.

Bud had a passion for theater, especially musicals, which he shared and instilled in his children and grandchildren. He also loved Jazz. His work took him from Australia to Africa, from doing a program on Leonardo da Vinci in Rome to polar bears in Northern Canada. He held a special fondness for Eastern Africa after his many safaris in Kenya and Tanzania. To sit and listen to the many tales he shared and the adventures he had were always scintillating. From landing on the Autobahn in a small jet that ran out of fuel, to jumping into a Kenyan river to film a hippo and its calf before the light failed, he exemplified his dedication and determined professionalism.

In his long career as a writer, producer, and director Bud received many awards for his outstanding work in wildlife shows, documentaries, and sports programing. One of which was an Emmy for his production work on ESPN’s Sports Century.

He was a caring and loving husband of 62 years and devoted father and grandfather. He is survived by his wife, Gretchen; his sister, Marilyn; his children, Douglas, Lysa, and Alison; as well as his five grandchildren Kelsey, Gina, Jesse, Savannah, and Ashley.

Bud’s view of life inspires all of us to go beyond the average and to seek enriching lives.

A Gathering of Family and Friends will be held on Saturday, September 14  from 2:30 PM to 3:00 PM at Carolina Funeral Service & Cremation Center, 5505 Monroe Rd, Charlotte. A Celebrating of Life will begin at 3:00 PM with a reception  to follow.  The family has asked that those attending please wear cheery colors, no black.

In lieu of flowers, donations may be made to Kenyon College in memory of Justin Morgan https://www.kenyon.edu/give-to-kenyon/ways-to-give-2/memorial-gifts/

To send flowers to the family or plant a tree in memory of Justin Morgan, please visit our floral store.