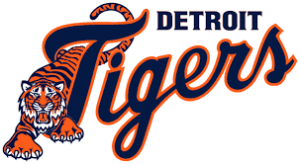 On June 11, 2018 beloved husband and father Kevin David Gingerich passed away suddenly while on a business trip. He was 57 years old.

We are left with a tremendous hole in our hearts and deep sorrow to have lost a man who loved his family, friends, colleagues and life so fully. Always eager to smile and laugh, learn, explore and share his vast knowledge of languages, literature, science, music, movies and sports, above all baseball. He was the Detroit Tigers’ biggest fan. His many hobbies included taking pictures, writing poetry and stories, playing the banjo, cooking (especially breakfast) and his latest adventure: learning to smoke the perfect BBQ.

A few words from his daughter Anna:

Kevin’s greatest life success was his role as a parent. Ever the teacher, he laced life and grammar lessons into every day and had a song for every problem. Not even Anna’s actual teachers were safe from learning the proper times to use “Susie and I” over “Susie and me” (me never goes to the store). Besides the impossible, tortuous math question from 4th grade (still a dark day in Gingerich family lore), there was no challenge from which he would back down.

He made sure there was never a dull moment and always took advantage of opportunities to not take himself seriously. Though the minivan was stuffed with seven people in the middle of a hot Midwest summer, he didn’t miss a beat to roll down the window and “Mooooooo” at every cow he passed (spoiler alert: the Midwest has a lot of cows). He was the best history teacher, breakfast meister, Parcheesi player, grammar checker, and fish wrangler a daughter could be so lucky to have.

Boil dem cabbage down, and here’s to you, Kevin.

Kevin received his B.A. in Biology and German from Kalamazoo College in 1983. He won a Postgraduate Fellowship for Germanic Studies at the University of Münster 1983-84. He received his M.A. in German Literature and Linguistics from Indiana University in Bloomington, IN in 1986.

At the time of his death he worked for the Bosch Rexroth Corporation in Charlotte, NC as the Communications and eBusiness Manager. He worked for the company for 26+ years and enjoyed a distinguished career within the Marketing Department. He cherished the ability to integrate his German language skills into his job and maintain contact with many colleagues overseas.

Kevin is survived by his wife of 34 years, Andrea, and his daughter, Anna. He is also survived by his mother, Betsy Morsillo Gingerich; his brother, Jonathan Gingerich, and wife, Dawn Mergener Gingerich, and their children, nieces Josephine, Amelia, Madeline and nephew Robinson Gingerich; his sister, Darcy, and wife, Dawn Terrien; his sister, Marta Rynearson (Gingerich), and husband, Rod Rynearson; and his stepmother, Jeanne Gingerich. His German family, parents-in-law, Christa Crafton and Adolf Rotter; sister-in-laws, Petra Crafton and Sabrina Crafton, and Sabrina’s partner, Stephen Walker; and his brother-in-law, Peter Crafton. Plus, extended family in the US and Germany and many friends from all around the world.

He is greatly missed.

This quote from one of his literary heroes, Johann Wolfgang von Goethe, would have made him chuckle as it related to some of his work:

“Translators are like busy match-makers, they sing the praises of some half-veiled beauty and extol her charms and arouse an irresistible longing for the original.”  - Maxim 426, translated by Bailey Saunders

To send flowers to the family or plant a tree in memory of Kevin David Gingerich, please visit our floral store.

You can still show your support by sending flowers directly to the family, or by planting a memorial tree in the memory of Kevin David Gingerich
Share a memory
| Terms of Use | Privacy Policy