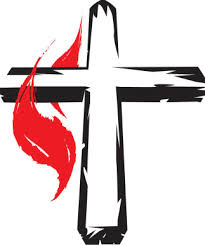 Fern Eleanor Mier stepped into heaven on Wednesday, November 30, 2022 at the age of 101.  Fern was born October 23, 1921 in Gering Nebraska to Leslie and Grace (Schaffer) Moore.  Fern was the youngest daughter of a Methodist minister and grew up in various parsonages throughout the state of Nebraska.  She graduated from Nebraska Wesleyan University with a degree in nursing.  Fern served in the U.S. Army as a nurse during World War II in the European Theater.  After the Army, she obtained a graduate degree in Public Health Nursing and for 24 years worked in the public health system of the state of Louisiana, retiring as a Regional Consulting Nurse.

In 1947, Fern married Norman Mier, her husband of 66 years, in Crete, NE, her father performing the ceremony.  After they were married, Fern followed her Cajun French husband to Louisiana, where they lived most of their married lives.  Mrs. Mier’s love for Jesus was shown in her dedication to His church.  She was always a faithful member of the United Methodist Church, serving as a Sunday School teacher, choir member, member of United Methodist Women, and participant on various boards and committees.  She also participated in outreach to shut-ins throughout her life.

Mr. and Mrs. Mier were known for their hospitality and loved entertaining in their home and at their place on Lake Cotile.  Fishing, swimming, skiing and fish-fries at “Mier’s Pier” were enjoyed throughout the years by many guests and youth groups from several churches in central Louisiana.

In 2010, Norman and Fern picked up their Louisiana roots and transplanted them in Charlotte, North Carolina to be close to their daughter and became members of Memorial United Methodist Church.

Besides her parents, Fern was preceded in death by her husband, Norman; a daughter, Patricia; twin sons, Bobby and Benjamin (the children dying at birth from RH Negative Disease); brothers Ray and Carroll Moore; sister Marjorie Brabetz; and nephew Roger Dale Mier.  She is survived by daughter and son-in-law Kathleen and Hal Roth; brother-in-law, Colbert Mier and his wife Neta, 4 nephews and 5 nieces.

A service to celebrate Fern’s life will be held at Memorial United Methodist Church, Charlotte, NC at 11:00 a.m. on Friday, December 16th; the family will receive friends at 10:30. The Rev. Amelia Stinson-Wesley will be officiating.  In lieu of flowers, donations may be made to Memorial United Methodist Church, 4012 Central Avenue, Charlotte, NC 28205

The family requests that those in attendance at her service wear bright colors in celebration of Fern’s life.

To send flowers to the family or plant a tree in memory of Fern Eleanor (Moore) Mier, please visit our floral store.