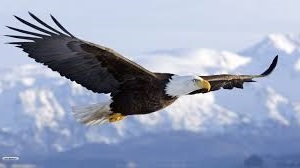 Allen Clinton Bellamy, Jr. passed away peacefully on January 18, 2020 at Novant Presbyterian Medical Center in Charlotte, North Carolina. Allen was born in Warrenton, Georgia on October 15, 1946 to Eugenia Garbutt and Allen Clinton Bellamy, Sr. As a youth he played a variety of sports, including tennis, basketball, golf and baseball. He attended Augusta College, now known as Augusta University, as a Business major on scholarship as a member of the varsity tennis and basketball teams. He joined the 382nd Field Hospital Army Reserve in 1967 and served until 1973. He married Linda Joan Woo on June 13, 1976, at St. Mark United Methodist Church in Augusta, Georgia after working together at the local Belk Department store, which was the last time Allen was Linda's boss. While working with Jantzen Sportswear, Allen and Linda moved to Louisville, KY, then to Jackson, MS, where his son Clint was born, and finally made their last stop in Charlotte, NC, where they welcomed their daughter Abby.
As an adult, Allen enjoyed a variety of adventurous hobbies. His first love was golf and he was happy to tell everyone that his best day ever, prior to welcoming his grandson, was playing a round at the Augusta National. Next, he took up sailing, and his family enjoyed many weekends on the water in Jackson, MS and Lake Norman, NC eating picnics and listening to Allen play his acoustic guitar. Next, Allen found a love of flying. He started with RCAs, flying them with Clint all over Mecklenburg County. Later he flew gliders, ultralights, and Grob aircrafts out of Bermuda High Soaring in Jefferson, SC. For a brief time he owned and operated Fly for Fun Ultralights as a pilot instructor. He then discovered Harley Davidson motorcycles and hit the road exploring the Southeastern United States with the Charlotte Harley Davidson Motorcycle Club where he served as the club's photographer for a number of years. In later years he transitioned to riding a three-wheeled CanAm. Having enjoyed small cars for most of his life he was also a member of the Charlotte Miata Club, and later the Charlotte Mini Cooper Club. In the last few years, as a strong advocate for gun safety, Allen joined the Eagle Gun Range and spent many Wednesday mornings target shooting with his buddies. Through his numerous hobbies, Allen made many lifelong friends.
Allen was raised in a Christian home, but it was later in life that he experienced God in a new way that transformed his life. He was an active member of Memorial United Methodist Church, where he attended the New Directions Sunday School class and served many leadership roles. He found great fulfillment in teaching adult Sunday School classes, too.
One of Allen's greatest joys in life was the birth of his first grandchild, Wesley Grant Arnold. Allen is also survived by his beloved wife of 43 years, Linda, his daughter Amanda "Mandy" Greenway of North Augusta, SC, his daughter Abby Arnold (Scott) of Charlotte, NC and his brother Robert "Bobby" Bellamy (Stella) of Warrenton, GA. Allen was predeceased by his parents and his son, Allen "Clint" Clinton Bellamy, III.
Allen's presence, his generosity of spirit and kind and loyal nature will be missed by his family and friends. People are rich in many different ways, but Allen was truly rich in his friendships.
Funeral services are planned for Tuesday January 21, 2020 at 2:00 pm at Memorial United Methodist Church, 4012 Central Avenue, Charlotte, North Carolina. Visitation will be immediately preceding the service, from 12:30-2:00 pm. A private burial will be held at a later date.
In lieu of flowers, the family asks that you make a donation to the charity of your choosing in Allen's memory. He leaves a legacy of helping those in need.

To send flowers to the family or plant a tree in memory of Allen Clinton Bellamy Jr., please visit our floral store.