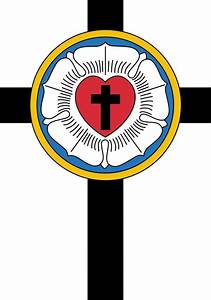 Stephen Earle Benson passed away at home on April 18, 2020 surrounded by his wife, Edith, and his Family. He passed peacefully in his sleep after living with prostate cancer for 26 years.

Stephen was born to Earle Gustaf and Ruth Yount Benson in Hyde Park, Chicago, Illinois on September 3, 1939, the same day that Britain declared war on Germany. His father left the hospital to the sound of the newsboys' cries heralding the start of the war.

He grew up in Flossmoor, Illinois with his older siblings, David and Nancy, and his buddies of Benson's Pool Hall, who would remain lifelong friends. After graduating from Bloom Township High School, Stephen attended Augustana College in Rock Island, Illinois, a family tradition started by his Grandfather. He was a member of the Omicron Sigma Omicron Fraternity, and maintained close ties with his fraternity brothers, known dearly to him as the Ozos, throughout his life. Stephen was introduced to his wife Edith by his dear friend and Ozo Norm Freedlund. The two married at the Bethany Lutheran Church in Batavia, Illinois on July 17, 1965. After graduating from Augustana, Stephen earned a Masters in Business Administration at the University of Illinois.

Mr. Benson had a long and varied professional career.  He first joined International Harvester Company (IH), where his assignments would move him and his family around the world. He worked as foreman on the assembly line in Fort Wayne, Indiana, as an analyst in the company headquarters on Michigan Avenue in Chicago, and assistant to the plant manager in Hamilton, Ontario, in Canada. At age thirty, he was named Harvester's youngest plant manager, and posted to Durban, South Africa, where he ran an assembly plant and supervised the construction and opening of the first IH factory built in Southern Africa since the 1920s. He then joined IH Europe in Paris, a small group that connected the French, German, and English manufacturing divisions. In 1974, he left International Harvester and moved to Harrisburg, Pennsylvania to join his brother, David, and brother-in-law, Pat Ross, in the fast food business. In his five years as a Wendy's franchisee, Steve opened the first Wendy's in Pennsylvania, Delaware, and New Jersey. In 1979, he moved with his family to Charlotte, North Carolina, where he resided for the remainder of his life. In 1981, he founded Morningstar Storage, opening his first property on Monroe Road in Matthews, North Carolina. An early pioneer in the storage industry, he eventually grew Morningstar to be the tenth largest storage company in the country.

Stephen lived life to the fullest. His interests were many and varied.  He was a voracious reader and an avid researcher of his Swedish heritage and his early American family roots. He loved his terriers and all his grand-dogs too. Stephen was instrumental in the planning and building of the columbarium at Christ Lutheran Church on Providence Road. He was a devoted member of the church, serving on the Council, and singing in the choir for 26 years. His love for anything automotive and his passion for collecting resulted in a magnificent collection of old cars, wooden boats, fire engines, trucks, motorcycles and all the accompanying paraphernalia. He was a member of the Sons of the American Revolution, the Charlotte Country Day School Board of Visitors, the Quail Hollow Club and the Viking Club of Jamestown,  New York. He was particularly known for his munificence to others, and throughout his life he helped and befriended many.

Stephen is survived by his wife of 55 years, Edith, his sons David and Matthew, David's wife, Lauren and their children, Ryan Elisabeth, Stephen Gustaf, and Calvin Michael, and Matthew's wife Barrie and their children, William Hillery and Katherine Barrick. He is also survived by his brother-in-law J. Patrick Ross, sister-in-law Carri Benson, in-laws Susan and Howard Meyers and Fred Michael and Gwen Spuhler, and his nieces and nephews Sarah Ross Eagleson, Benson Ross, Blake Ross, Paul Benson, Earle Benson,  Katherine Mazucca, Allison Meyers and Olivia Meyers, and his grand-nieces and nephews Lauren Ross, Katarina Benson, Sofie Benson and Patrick Ross. He was preceded in death by his parents, his aunt Katherine Benson, his in-laws Fred and Annette Spuhler, his sister Nancy Ross, and his brother David.

Stephen was devoted to Christ Lutheran Church, the Charlotte Country Day School, and the Chautauqua Institution where he and his beloved family summered since 1975. In lieu of flowers, Memorials may be given to any of these three organizations.  A memorial service will be held June 18th at 2 PM at Christ Lutheran Church, 4519 Providence Road, Charlotte

To send flowers to the family or plant a tree in memory of Stephen Earle Benson, please visit our floral store.